Why a MUSEUM of the SEPHARDIC WORLD ?

The aim of the Mussef is to present the history of the Jews who lived in the past in Mediterranean and Eastern countries, especially in Afghanistan, Algeria, Saudi Arabia, Egypt, Spain, Ethiopia, Iraq, Iran, Jordan, Lebanon, Libya, Morocco, Mauritania, Pakistan, Portugal, Sudan, Syria, Tunisia, Turkey, Yemen.

The migration of Jews from these communities began at the end of the fifteenth century with Isabella the Catholic but accelerated in the middle of the twentieth century, when the State of Israel was created. In the next few years, about 900,000 Jews left the countries where they had lived for centuries, if not millennia. Two thirds of them fled to Israel where they built a new home from scratch. One third spread around the world, in France, Italy, United Kingdom, Canada, United States, Argentina or Brazil.

The Mussef’s ambition is to bring into existence what is no longer, by tracing the history and culture of these Jewish communities that disappeared within a few years in the middle of the last century without making much noise.

Amussef, the association of the friends of Mussef, has been launched in November 2018 with the purpose of preparing its contents and its scientific and cultural project ; choosing its location and its architect ; raising the money required to build it.

And if you wish to tell your story or to give things to the Mussef, please contact us.

Thank you for your comments.
Hubert Lévy-Lambert

HELP RELIVE THE VIVID MEMORY OF THE JEWISH COMMUNITIES OF THE SEPHARDIC, MEDITERRANEAN AND EASTERN WORLDS

Paris, May 15, 2020 Dear friends, The MUSSEF project, a museum dedicated to the living memory of Jewish communities in the Sephardic, Mediterranean and Eastern worlds, is progressing well despite the crisis that is crossing Read more… 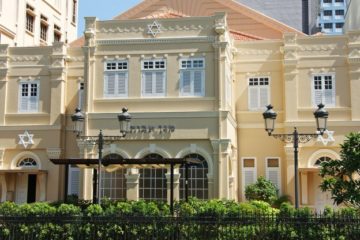 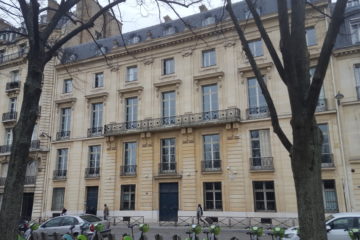